Welcome to Kirbytraum, an unofficial fansite all about creampuff Kirby of Nintendo and HAL Laboratory !

On Friday, 10th June, Kirby: Planet Robobot was officially released internationally. The website Nintendo Everything features an English translation of an interview with Planet Robobot director Shinya Kumazaki, which was published in the April issue of the Japanese magazine Nintendo Dream. Like other interviews, it contains much background information on the development of the game.

Since today, Kirby: Planet Robobot is officially available in Japan on 3DS card and as download.

Additionally, with Kirbyĺs Dream Land 2 another Virtual Console title of the Kirby series has been released for Nintendo 3DS in South Korea.

First of all, I wish a Happy Easter to all visitors! 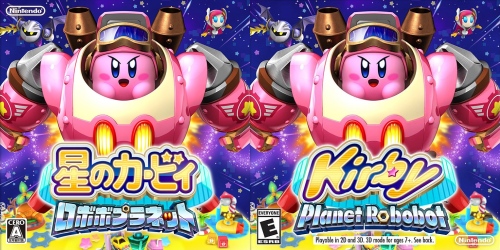 In the Nintendo Direct presentation of 3rd March, a new Kirby title for Nintendo 3DS was revealed, Kirby: Planet Robobot (Hoshi no Kirby: Robobo Planet in Japan). As Kirby fans surely informed themselves by other sources in the meantime, only a short summary follows here.

Like Trip Deluxe, it is a typical platforming adventure of the Kirby series at first glance. Again, Kirby can inhale his enemies and copy their abilites. Among the new special powers are ôDoctorö, ôPoisonö and ôESPö. But there is a new possibility of equipping the hero with a big robot armour, as the cover and title imply. Depending on Kirbyĺs current ability, he can perform different attacks with the vehicle.

Multiplayer options are offered as well. Up to four players can participate together in the battle, with role-playing elements like experience points coming into use. Furthermore, a shoot ĺem up game will be available. Addtionally, Planet Robobot will be compatible with most Amiibo. Four new Amiibo will be released with the game: Kirby, Meta Knight, King Dedede and Waddle Dee.

Text, image and video materials can be found on the official websites.

Kirby: Power Paintbrush / Canvas Curse and Kirby Mass Attack have also become available in the Wii U eShop in Japan in the meantime. In addition, Virtual Console titles are offered in the 3DS eShop in South Korea since February, including Kirbyĺs Dream Land. 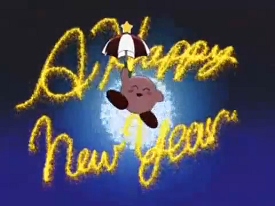 I wish all visitors a healthy new year and good luck in 2016! 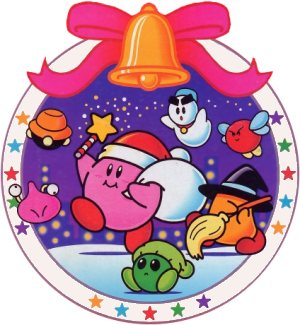 Merry Christmas to all visitors! Have a good time.

There is no Advent Calendar this time, but the next Advent is sure to come. :-)

A new page has been added again, this time itĺs all about Interviews. Anyone who has kept oneself busy with the history and development of the Nintendo games, surely knows at least the interviews of the ôIwata Asksö series, where the people behind the games revealed many interesting background information. Which also went for the interviewer in that case, as Iwata himself was an extraordinarily talented developer. Those interviews were also held specially for two Kirby titles, Kirbyĺs Adventure Wii / Return to Dream Land in case of the upper photo.

But of course, those are by far not all interviews of more than two decades of Kirby history. It is intended to collect all interviews on the new page which ever had the pink hero as a topic, even if it just a little, but not less interesting details. Naturally, the list isnĺt complete. write me if you know more interviews or translations of Japanese texts!

Addtionally, Kirby: Power Paintbrush / Canvas Curse and Kirby Mass Attack are available on Virtual Console for Wii U in Europe and Australia since 3 December.

Unfortunately, no works have been submitted for the Advent Calendar yet. But apparently Kirbytraum just has to re-establish itself after multiple years of inactivity. However, it still would be nice if at least one work can be presented on 24 December. After all, almost two weaks are left until then.

Just a month until the first Advent! Whoever knows Kirbytraum for a longer time (when it was German only) may still remember the Advent Calendar of 2010, which was filled with submissions by Kirbytraum visitors. It was not enough for 24 surprises, but there were four artworks for the Advent Sundays and another one for Christmas Eve at least.

For the years following, an Advent Calendar was planned as well, but it didnĺt happen because of multiple inactive phases of Kirbytraum. But this year shall be different. More info can be found on the Advent Calendar page. Even though the time is probably too short for 24 submissions, I would be very happy if some Christmas-themed works can be presented on Kirbytraum again, be it drawings, photos, stories, poems or something else. :-)

Today, a new page for the German version is simultaneously added in English for the first time!

Anyone who has already been a member of Nintendo of Europeĺs recently closed consumer loyalty programme Club Nintendo when it was still known as Nintendo VIP 24:7, may still remember banners as the one above, which appeared after the registration of a game. At the time, not only Stars were added to the account, but in addition one got free downloads fitting the game, too. However, with the release of the Wii and the relaunch of the website one ôonlyö received Stars for registrations.

For exactly these downloads long-unavailable at Nintendo, the page VIP 24:7 Downloads has been created, with wallpapers, screensavers, a little Flash game and more. But probably, there are still some Kirby downloads missing, Iĺm looking forward to any help for completion. 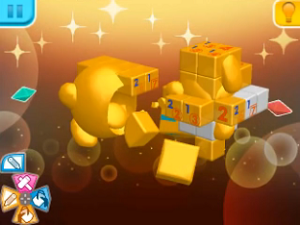 On 1 October, Rittai Picross 2 for Nintendo 3DS was released in Japan, sequel of the DS title known as Picross 3D outside Japan. Like most Kirby titles, both games were developed by HAL Laboratory. The goal is to remove certain cubes of a cuboid made up of many cubes by means of numbers so that a three-dimensional image emerges. As a video shows, a guest appearance was dedicated to Kirby and Waddle Dee in the form of a puzzle.

Finally, the ôofficialö relaunch of Kirbytraum has taken place today! Not much has changed for the English version yet, but more contents will become available in English this year.

Older News in the News Archive